A noble ruin famous for both the quality of its architecture and for its eventful history. Huntly Castle Castle Avenue Huntly AB54 4SH 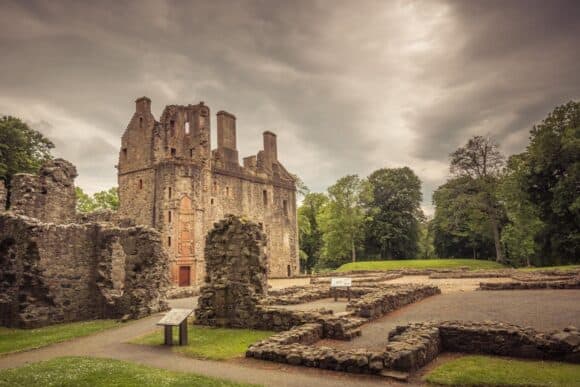 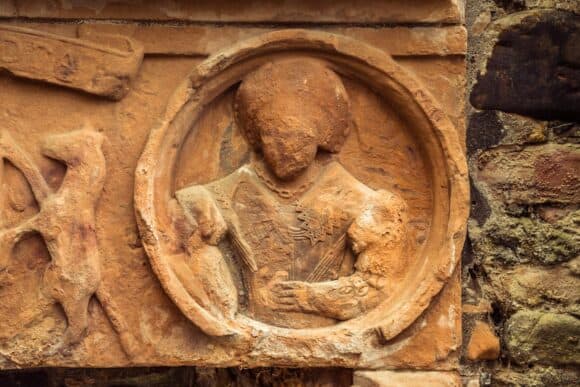 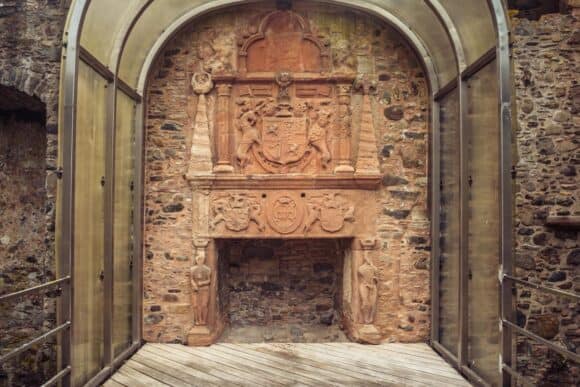 Huntly Castle is a noble ruin famous for both the quality of its architecture and for its eventful history. Its beautiful setting is the green heart of the Aberdeenshire countryside.

The earls of Fife built the original castle, the Peel of Strathbogie, around 1190, to guard the crossing-point where the rivers Bogie and Deveron meet. But it was the mighty Gordons who made the stronghold their own from the 1300s and eventually renamed it Huntly Castle.

The surviving remains tell the story of the development of the castle in Scotland, from the motte and bailey of the 1100s, through the tower house of the later Middle Ages, to the stately stone palace of the Jacobean era.

The Peel of Strathbogie
Duncan, 2nd Earl of Fife, was granted the estate of Strathbogie around 1190 as a reward for serving William I in his battle against the MacWilliams of Moray. He probably built the first castle on this site.

The circular motte, where the main stronghold would have been situated, is now a grassy mound. The bailey, or service court, is now covered by the later stone buildings.

The Gordons of Huntly
The Fifes of Strathbogie lost their lands and titles in 1314, after taking the losing side at the Battle of Bannockburn. The victorious Robert the Bruce granted Strathbogie to a loyal supporter, Sir Adam Gordon of Huntly, in Berwickshire.

Around 1445, Alexander, 2nd Lord Gordon, was created Earl of Huntly. The Gordons went from strength to strength, and north-eastern Scotland became ‘Gordon country’.

A majestic palace
The stately palace, begun about 1450 by the newly ennobled Earl of Huntly, is one of Scotland’s most impressive late medieval buildings. The 4th Earl, George Gordon – known as ‘Cock o’ the North’ – extensively remodelled it in the 1550s.

His grandson, the 6th Earl, greatly embellished it, outside and in, to celebrate his becoming 1st Marquis of Huntly in 1599. It is the 1st Marquis’s work that holds the visitor in thrall today.

The 6th Earl transformed the palace, adding the: