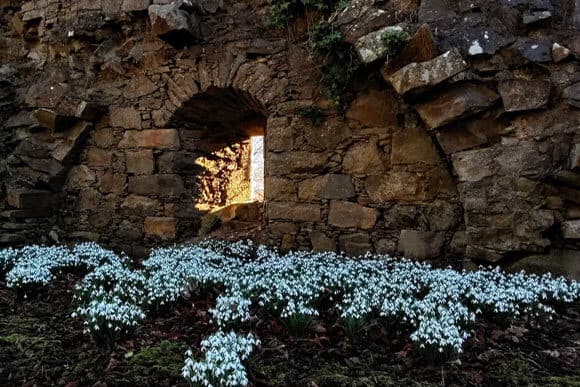 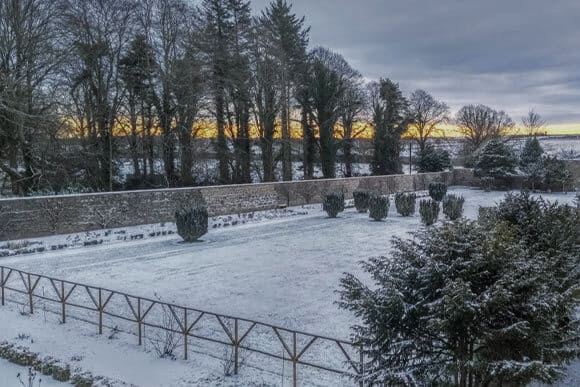 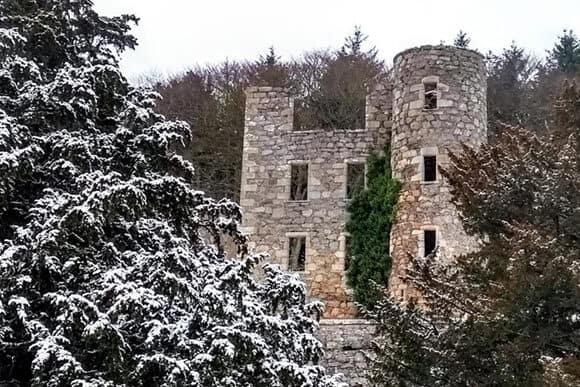 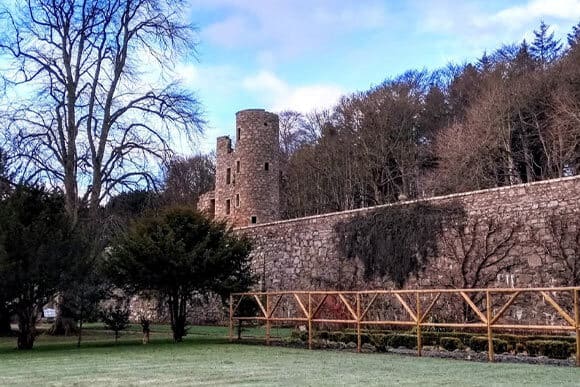 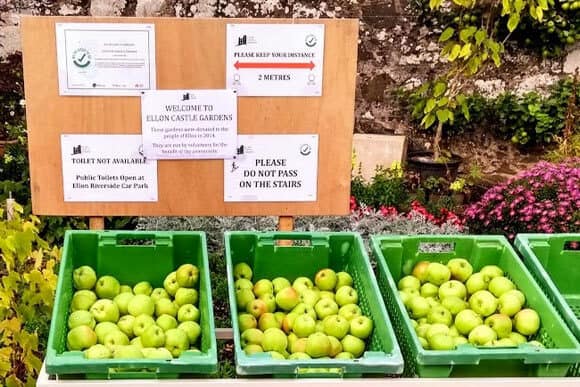 Ellon Castle Gardens was laid out in 1715 by Baillie James Gordon Towering over the garden is the ruin of the Fortalice of Ardgith built in 1514. It was built by Jo Kennedy who was High Constable of Aberdeen and occupied by the Kennedy family for nearly two centuries. Their tenure came to an end after a dispute over a mill lade in which Kennedy slew his neighbour Forbes at what came to be known as the Slaughter of Waterton.

After the property changed hands several times, it was bought by Baillie James Gordon a merchant from Edinburgh with local connections and it was he who commissioned the walled garden. The most striking feature of the gardens is the nineteen ancient English yews which are at least 500 years old and perhaps much older.

The walled garden is set out in four lawns bounded by herbaceous borders.

The lawns are intersected by avenues of fastigiate yews and our current project is seeing the planting of 145 yew trees to restore the original yew hedges. The centre of the garden is marked with a fountain and nearby is an almost unique multifaceted 17th century sundial. The only known similar sundial is in nearby Pitmedden Garden.

The garden abounds in wildlife including red squirrels, bats (for which special provision by way of bat bricks was made during reconstruction of the north wall) and many birds from buzzards to wrens. However, the comment made by most visitors is the tranquillity of a garden set in an urban setting  – a garden which was nevertheless a secret garden until taken over by Ellon Castle Gardens Trust in 2014. Among the previous owners were the 3rd Earl of Aberdeen who installed his mistress (Penelope Dering) in the castle and Sir Edward Reid son of Sir James Reid, Queen Victoria’s doctor and who was himself the Chairman of Bering’s Bank.

Added to all of that history and natural charm there is supposed to be a secret underground passage from the castle to the Ythan river which was used for smuggling brandy and more recently “gun money” minted from melted down armaments by The Old Pretender was found in the garden forming a link to the Jacobite risings.