An isolated tower house in the Cairngorms Corgarff Castle, A939, Strathdon, UK 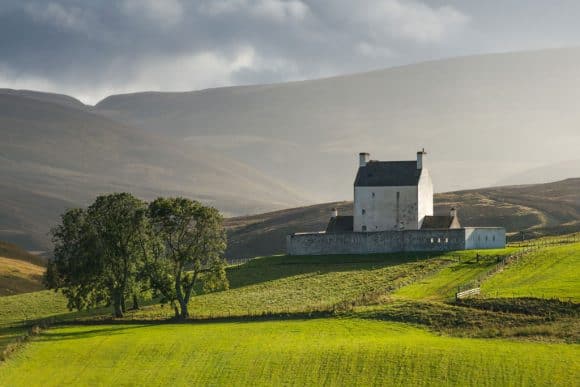 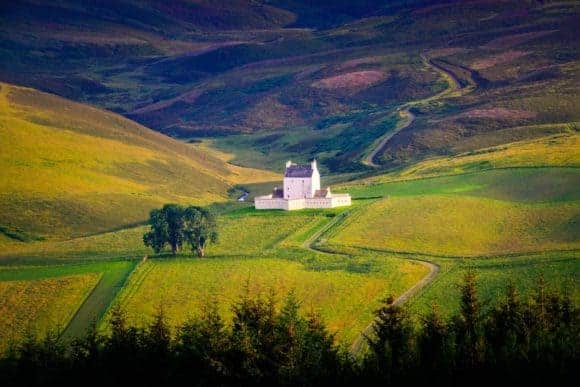 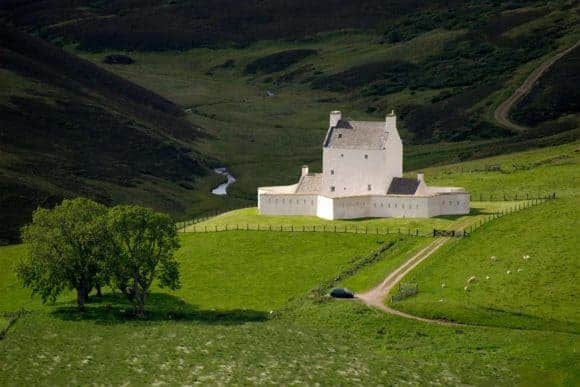 Corgarff’s story is really two tales. The first takes us from the mid-1500s, when the tower was built, into the 1600s, when it was abandoned. In this, the castle’s heyday, it was the impressive fortified home of the Forbeses of Corgarff.

In 1645, the Marquis of Montrose occupied the castle, which was recorded as derelict at the time. Corgarff was subsequently repaired, only for it to be set on fire in 1689 and 1690 by Jacobites. James VII’s supporters wanted to be sure that government forces couldn’t use the castle.

The second tale begins in the mid-1700s, when the tower became a barracks, and lasts until 1831, when the army abandoned it. For 95 years, the Redcoats in the old tower patrolled Strathdon, hunting down Jacobite sympathisers. Latterly they helped the excisemen to stamp out the illegal production and smuggling of whisky.

Corgarff itself briefly housed a (legal) distillery in the 1820s. A small whisky still from the period is displayed in one of the two pavilions added to the castle by the army.

A tale of woe
The castle may have been the location of the tragic events told by the old Scottish ballad, ‘Edom o Gordon’.

In November 1571, Adam Gordon came with his men to seize the castle from the Forbeses. Gordon was laird of Auchindoun Castle, in Glen Fiddich, over the mountains to the north. The two families were often feuding, and his plan was to capture Forbes of Towie.

The laird was away, but his wife Margaret was at home and refused Gordon entry. The assailants set fire to the castle, burning to death Margaret, her family and her servants. In all, 27 people perished.

Barracks of the Redcoats
When the Redcoats arrived at Corgarff in 1746, after the Battle of Culloden, the tower house was gutted inside to create a barracks.

The high, stone-vaulted ceiling of the old hall was removed and an extra timber floor added to provide accommodation for:

the commanding officer
three non-commissioned officers
up to 42 men
Outside, the courtyard buildings and surrounding wall were demolished. They were replaced with two single-storey pavilions and the star-shaped wall – equipped with musket loops – that gives Corgarff its unique appearance.

Natural history
Corgarff sits in a magnificent landscape on the edge of the Cairngorms National Park.